For the love of concrete!

I wonder if it’s natural to hold affection for the buildings that were constructed in your youth. For me, as a teenager in the ‘70s, that was concrete and the aptly-named Brutalism. Or at least the 1970s was the decade when that particular style of building was still being put up before it was swept away by architects like Norman Foster and Richard Rogers and their lightweight industrial vibe. I’ve always been a cusp kind of person, a foot in two camps, and it’s true of my taste in buildings. While I was drawn to the heavy concrete bulk and concrete ziggurats of Denys Lasdun’s University of East Anglia campus when I arrived there in 1978, I was blown-away by Foster’s aluminium shed, the Sainsbury Centre for Visual Arts.

A change was in progress and at that time I was happy to revel in both, loving the way the 1970s SCVA shimmered at the end of the suspended concrete walkway leading from the 1960s university. It heralded the wonder of reflective glass and sexy metals that were to become the materials of the following decade. By the 1980s, concrete seemed very passé. 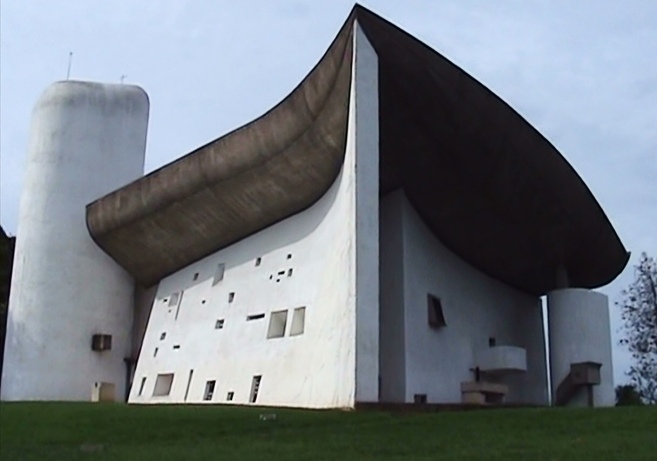 But recently I’ve fallen under its spell again. Some of that I can put down to the time I’ve spent with Le Corbusier over the past year or so, and certainly it’s hard not to feel exhilarated by his concrete buildings of the 1950s, the various Unité d’Habitations and the chapel at Ronchamp especially. But I was recently wandering around one of Sydney’s most reviled concrete buildings, the University of Technology’s main Tower, as I prepared a short piece on it for my Iconic Australian Buildings series on ABC RN’s Blueprint for Living. The UTS Tower is famously hated for its lack of human scale and bunker-like aesthetic. Across the road from it stands Jean Nouvel’s One Central Park, a glamorous apartment building completed in 2014, with flowering green walls and plenty of glass. 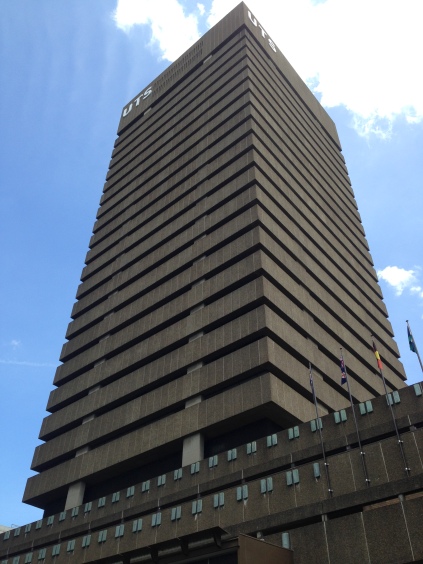 I knew the UTS Tower well enough from the outside as it kind of hogs the limelight when you’re near it, poking up into your line of sight from the train, a marker for that part of town, or at least it did until Nouvel showed up. I’d been into it a couple of times to view exhibitions in its gallery but I hadn’t really studied the building properly. So I wasn’t prepared to be so blown away by its interior. Here was a busy space that was truly exciting, with broad areas of shining floor under low ceilings leading into cathedral-like spaces with grand staircases and bridges crossing above. There’s colour on some walls and a heavy lattice-work of lights. There are sitting areas tucked away for private conversations or occupying open spaces to encourage informal gathering. It felt simply wonderful. And that took me back. It reminded me of my university days, moving into my concrete room in Norfolk Terrace at UEA. Its walls were painted white, its carpet was dark brown, and it had an acoustic heaviness that made you realise that it was made from a dense material. No sounds passed through its walls from other rooms. It felt very safe. That bunker thing. And then living in London, I often visited the National Theatre, another Lasdun building, with its wood-grained concrete walls (shuttering, they call it – the imprint from the timber formwork leaving its imprint after the concrete has set). It was a bunker, too, where you entered a zone to watch a play at one of its three theatres or sat in its various public areas to listen to jazz or poetry and watch the crowds. It was, and is, an engaged space – the concrete contrasting with soft carpet, polished timber and the colour of life. 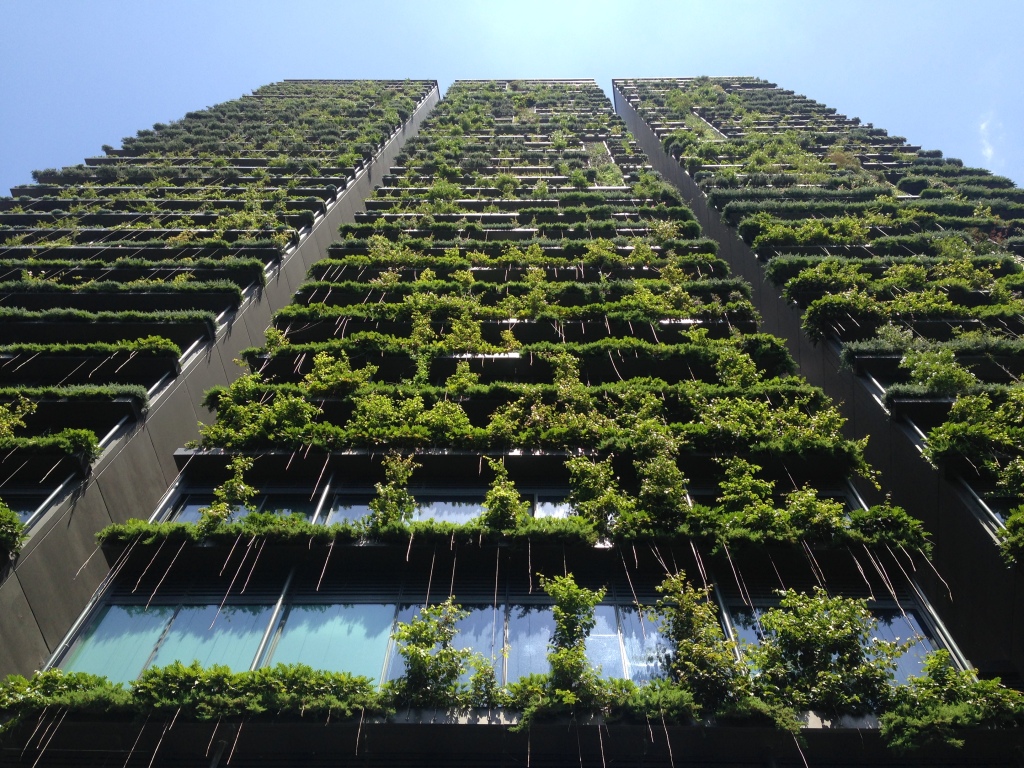 One Central Park – can we have too much green?

I think that’s a clue to the successful use of concrete, when it is balanced with other textures and materials, just as the contrast of Nouvel’s shining, green tower makes the UTS Tower look better. Too much concrete is perhaps as overpowering as having every building clothed in plants although I have yet to visit the Salk Institute, Louis Kahn’s monumental 1965 concrete spread in California, and look forward to visiting (and hopefully staying in)  Le Corbusier’s monastery at La Tourette this year, which is a consciously austere work, as demanded by the monks.

There’s a recent shift of appreciation for these concrete structures, perhaps a backlash to the translucence of current buildings, which is oddly circular as Brutalism itself was a backlash to the ubiquity of Modernist translucence back in the late 1950s. I find myself, as usual, standing on the cusp, enjoying the dark and heavy as well as the light and luminous.

Are you a concrete lover or hater?

Do you have a favourite concrete building?