My suburb is undergoing an explosion of growth. Due to a change in local planning law, it is now possible to demolish a single house on a smallish block and erect two adjoining houses in its place. In the UK they’re called semi-detached, here they’re called duplexes. Where a 3 bedroom/ 1 bathroom house once stood there is now a building likely to contain 8 bedrooms and 6 bathrooms (i.e. two x 4 bed/ 3 bath homes). That’s quite an increase and rather frightening to think of the impact on services like the sewerage system. It’s part of the drive to increase the housing stock across Sydney and that’s a good thing if it is also accompanied by increased infrastructure such as public transport. Sadly this isn’t. 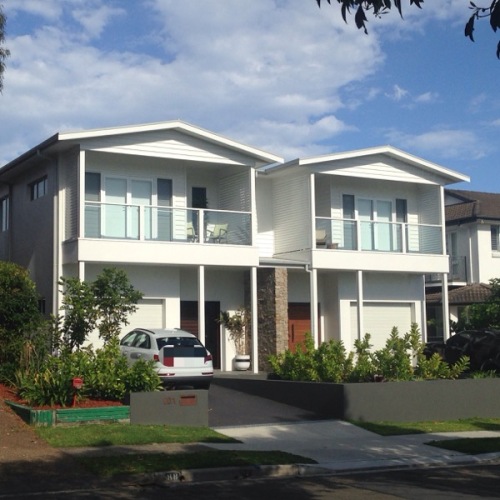 My suburb is popular because it has great beaches and is a place people come to unwind.  The Royal National Park is a ferry-ride away and the centre of Sydney within easy reach. It’s one of the many suburbs that expanded massively in the 1950s and 1960s as new immigrants settled here, from Britain mostly. The buildings were a bit suss but never mind, it was all about freedom and sunshine and new beginnings. Now there’s a new shift, as the suburb becomes denser and busier and more urbanised. When I first arrived 20 years ago, it was hard to find wholemeal bread: now there are numerous good restaurants, organic shops and endless cafes serving single origin coffee. I admit that I love that.

different but the same

But it’s the architecture that irks me. Ever since I moved here, I’ve been dismayed by the houses. A visiting friend remarked how lovely it was that they’re different from each other. It’s true, but they’re all different in exactly the same bland way. Only a very few stand out as addressing the site and being environmentally responsible or architecturally adventurous. And it’s the same with these new duplexes springing up in every street. Most have a beachy vibe, usually white mixed with other textures, which is very now. Some are designed by architects, others are project homes from building companies that promise space and ‘luxury inclusions’ for a reasonable price. Look a bit closer and you realise that they aren’t always tailored to make the best use of natural light, that some face entirely away from the sun, and that they all have the same open-plan living space that puts kitchen, dining and living together in the same noisy, busy, difficult-to-furnish, difficult-to-heat-or-cool room. Gradually the whole area is going to look the same, in the different-but-same mould, just as before.

And so I was interested to watch a new 2-part TV series from the ABC called ‘Streets of your town.’ It’s been put together by Tim Ross, a comedian who is also a Modernist architecture nut. His programme gives an overview of domestic architecture in Australia’s suburbs since the 1950s, while also checking out the Modernist haven of Palm Springs in the USA and chatting to Kevin McCloud in London. I love that there’s a television programme about architecture that doesn’t focus on instant makeovers or gets all breathless looking at the luxury homes of people who often have more money than taste. I think Ross overstates the case for modernism in Australia, showing ordinary project homes of the 1950s that look flimsy and, frankly, shack-like, and says that these are better than the bloated McMansions of today. I’m not sure they are. While there’s an undoubted charm to their humbleness and simplicity, the early houses were pretty generic. But he goes on to show a number of good, architect-designed houses of the period that are classics because they stand head-and-shoulders above everything else (like Harry Seidler’s house for his parents and even the well thought-out Pettit & Sevitt project homes).

A reviewer in the Sydney Morning Herald liked much of the programme but found Ross’s dislike of the huge McMansion-style house condescending, and insulting to those who live in them:

‘People work their butts off for their dream homes, whatever the style. What exactly is wrong with wanting a four-bedroom, modern, spacious home that’s safe, has a nice kitchen and enough room for the kids to play?’ she complained. ‘Not everyone wants original design features.’

It’s a response that I’ve come across often in Australia. It’s as though ‘design’ is a bit fancy and something ordinary people can’t afford, rather than simply something that makes things work better and which everyone should demand. I think of Le Corbusier’s magnificent apartments in his Unité d’habitation in Marseille which are filled with great examples of thoughtful design. Like the hinged wooden step to the covered balcony which is made wide enough to sit on (and warmed by the radiator running beneath it). There’s a length of timber along the bottom of the window, too, that is exactly where you would want to rest your elbow when perched on the step. It’s a small touch that makes living there more comfortable. That’s good design, and not at all expensive. 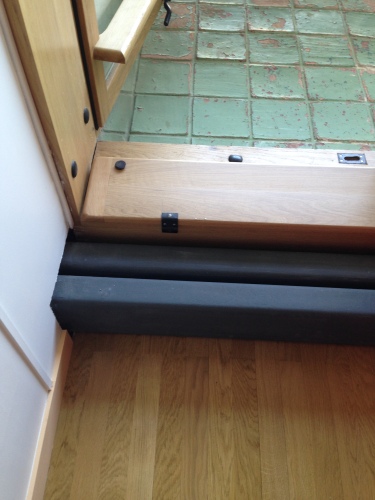 the hinged step in Marseille with the elbow bar in sight

Just as cars in the past decade have become safer, better to drive and more comfortable to sit in, so too are our houses improving. The problem is that architectural change takes a while to trickle down. I’m sure some people think that we should just be grateful for what we have, that good design is a first-world-problem so we shouldn’t grumble if we don’t have it, but as more of us travel and see how others live, then gradually we become educated to what is normal and what is possible. If we’re encouraged to be more mindful in our daily life then shouldn’t we expect to live in more mindfully designed homes?

I came across this quotation from architect Denys Lasdun in Barnabas Calder’s excellent book on Brutalism, “Raw Concrete.”

‘Our job is to give the client, on time and on cost, not what he wants but what he never dreamed he wanted and, when he gets it, he recognizes it as something he wanted all the time.’

Lasdun said this in 1965 but it still strikes a chord. As I stroll down to the beach today, past new duplexes like those in the photos below, I fear that the new residents will have got exactly what they wanted. But nothing more. 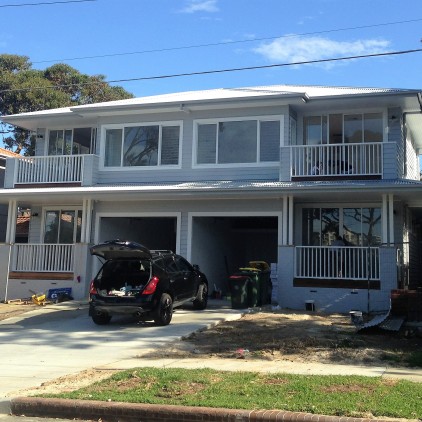 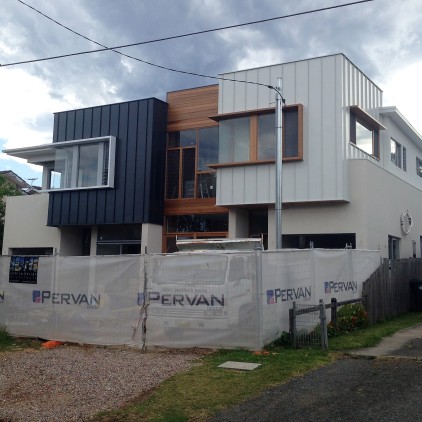 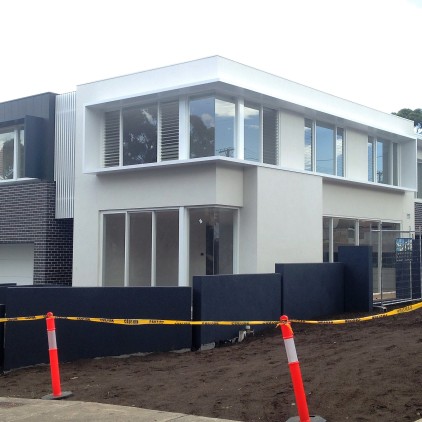