The curse of open plan

Sometime in the last two decades it appears we became a nation of claustrophobes. Or that’s what it looks like if you check out our homes. What’s the first thing renovators do? Knock down walls to create the biggest space possible. In some open plan homes you expect tumbleweed to roll by. Open plan living isn’t just in, it’s mandatory, and I think it’s a curse.

Open plan isn’t a new idea, of course. You could argue that the great medieval halls started the craze, with their central fireplace and everyone eating and sleeping in the same big space. But it was really the beginning of the twentieth century that saw its promotion as the modern way of living. That was understandable, given that so many homes at the time were dark and dingy warrens of small rooms. Architect Frank Lloyd Wright encouraged the opening out of space as part of his Prairie style, with a flow that was seamless and luxurious. The Modernists of the 1920s used new building-frame technology to create bright, open plan spaces with huge windows and fewer walls. This was still a time of servants, and it took until the 1950s for the kitchen to be liberated. In Le Corbusier’s flats and elsewhere, the mother could now gaze lovingly out at her family as she prepared yet another meal for them. By the 1970s, it was chic to entertain your guests in the kitchen, not propped up at the breakfast bar, but actually sitting at a table for your prawn cocktail, cheese fondue and Black Forest Gateau. It reflected life’s new equality, even if it was still usually women preparing the meal.

Blame the Americans and their perky sitcoms in which everyone, from the Brady bunch to Will & Grace, moves effortlessly from kitchen to dining table to sofa, nothing blocking those camera angles. Every speculative home builder loves open plan, because walls and doors cost money and the fewer of them the better. It’s easier to conjure up images of New York lofts than be open about what it actually is: cheap. 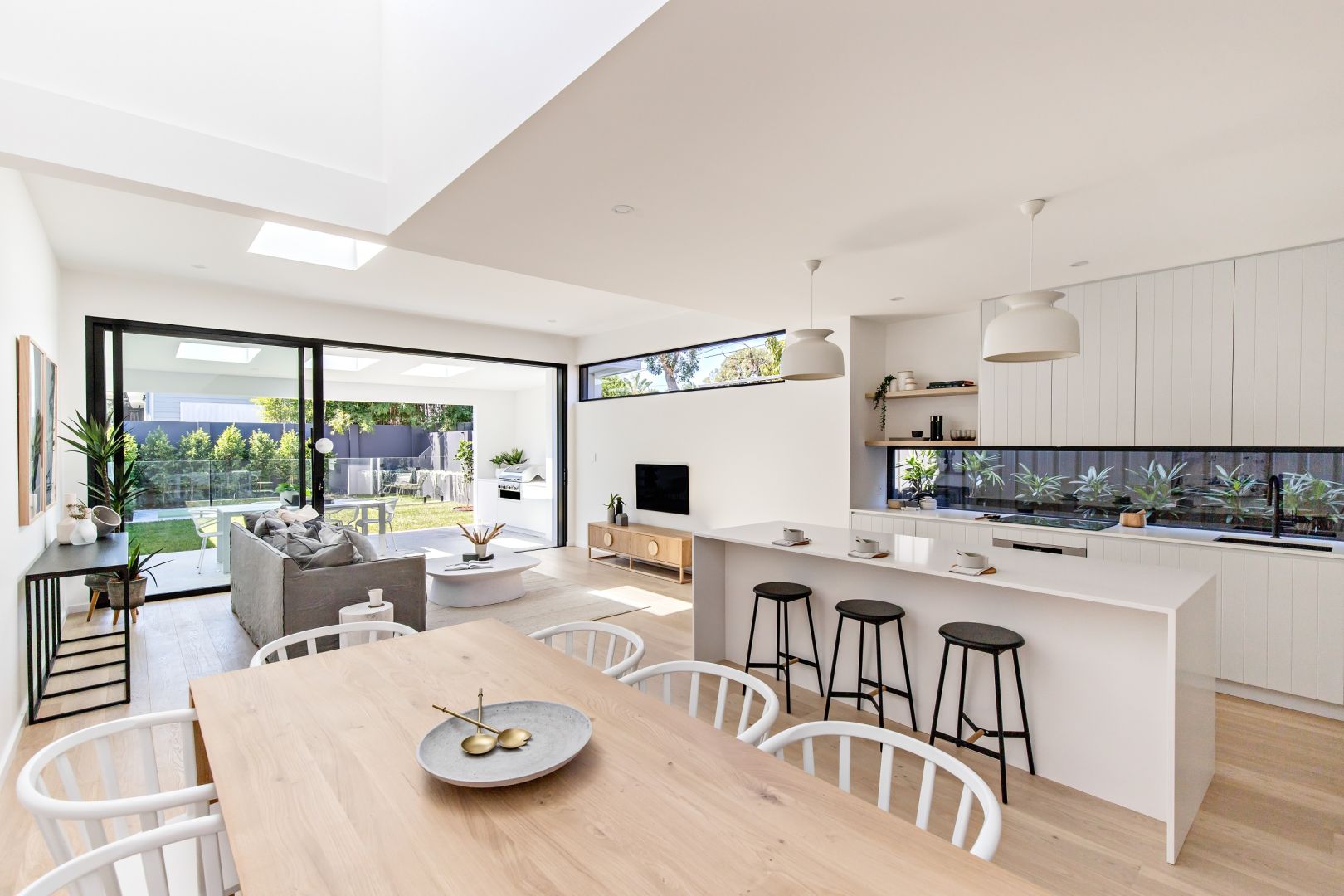 While visitors might be impressed by your open plan space – “wow, great for parties!” – what happens when there’s just your average family in that space? Loss of money, of course, because large spaces are expensive to heat and costly to cool. And what about noise? Soaring ceilings and galleries off which bedrooms lead, funnel noise indiscriminately. Normal living isn’t quiet – the clatter of cutlery, the ear-piercing juicer, the siren call of Triple J, all will drift and amplify in the open plan space. And where do you put the furniture?  With an entrance door leading straight into a living, eating and cooking area we’re left with a glorified hallway. It’s more important to keep pathways clear than create spaces that are comfortably contained. Which means that oh-so-relaxed-looking open space is downright stressful to live in.

is this what we want to return to? (Fontenay Abbey)

But there, it seems we’ve returned to the start, to that great hall of medieval times. Which shows that fashion is cyclical and there’s nothing new under the sun. Personally, I can’t wait for a return to walls, shutting the door against the noise and curling up with a good book. And if someone else wants to make dinner then at least I won’t have to witness their resentment if I can’t see them.

Are you a doors-shut or free-flowing person?

(This article was written for ABC Radio National – read others here, or listen to the podcasts here.)