My city of Sydney 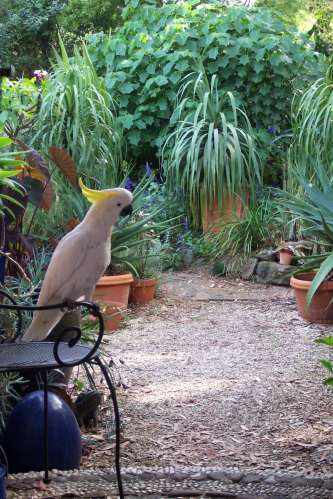 I am standing in a post office queue thinking to buy a stamp when I realise with horror what I’m wearing on my feet.  They’re scruffy things and undeniably slippers.  I have obviously walked out of the house without giving them a thought.  My eyes now trail over the feet of the people in front of me and I notice that most are wearing flip-flops – thongs, they call them here – and some are even barefoot.  Suddenly I feel okay about my slippers because I realize that no one really cares what I am wearing on my feet, not here in this surfside suburb of Sydney.  No one gives me a second glance as I walk home in my slippers.  This wouldn’t happen in Britain, I say to myself.

It’s the little things that highlight differences between countries and when I first moved from London to Sydney I glimpsed them everywhere.  I expected the sunshine and the beachlife and the views of the Opera House from a Manly ferry because those are the icons of Sydney, archetypes of urban Australian life.  But no one warns you about the loudness of the birds.  My first morning, I lay awake from first light listening to something like open warfare outside my window.  Blood-curdling screeches, cackling rattles and crazed kookaburra laughter is just a normal Australian morning.  When I’m back in England, the gentle chirrups seem so subdued now that I want to look for the volume knob.

Nature is always in your face in Sydney and people will happily tell you of everything terrible it can do to you.  Most things will maim you if they don’t kill you, from deadly spiders that hide in the loo to every poisonous snake under the sun.  Of course I’ve yet to meet anyone who has actually been attacked by anything and if you mention the common European wasp then everyone looks so horrified you’d think it beats anything Australia could come up with.  I’ve never seen a shark in the wild but I see whales and dolphins all the time and I once studied at length the washed-up spine of a palm frond believing it to be the spiky nose of a sword fish.  In how many cities will you see a cockatoo chasing a dog down a street?  When a large monitor lizard like a Jurassic Park dinosaur ambled past me in a National Park picnic area on the outskirts of Sydney, I thought longingly of playful squirrels in London parks.  I don’t think I’ll ever get used to passing a tree full of chattering parrots or glancing at an evening sky full of bats the size of Yorkshire terriers.

Shopping in Sydney proved to be a new experience, too.  Staff smile and actually seem to want to help.  In Sydney it happens everywhere I go.  Occasionally it crosses a line, like the cashier at the supermarket checkout who passed cheerful comments on everything I was buying.  Luckily nothing too personal that day.
Sydney is often portrayed as Melbourne’s slightly slutty sister and certainly there are times when you think, “Yeah, this place has been around the block a few times”.  Maybe it’s the disregard people have for clothes, with men parading as much muscle as they can muster and women working 20cms of sheer fabric into an outfit.  And yet the shop windows fill in winter with heavy winter coats and scarves and people say ‘Isn’t it freezing!’ because the temperature has crashed to, oh,  fifteen degrees.  As a Brit it’s tempting to roll your eyes and tell them they don’t know the meaning of the word.  Except that Sydney houses in winter are chilly, their cool openness often heated only by a single plug-in radiator.  Often it’s warmer just to sit outside.

There is a film-set quality to Sydney, not only in the gorgeous Harbour backdrop but with so many stories playing out all around you, like the backlot of a gigantic studio.  A truck passes you laden with grapes picked from vineyards on the southern fringe and you think you’re in the Rhone valley.  You pass market gardens tended by growers in coolie hats bent over green rows of pak choy and you’re in South-East Asia.  You listen to cheerful banter in a vanilla-scented bakery in Haberfield as you wait to buy trays of creamy cakes or hard nuggets of bread that scream out for proscuitto and artichoke hearts and of course you’re in Italy.  If you fancy a taste of Kerala, try the prickling smell of spices emanating from the shops and restaurants along Harris Park’s high street.  There’s a huge variety of cultures mingling in this city and a blast of Beijing, Beirut or Bali is easy to come by.  Disney couldn’t have done it better.

That’s not to say the sun-and-sand image isn’t present and there’s something heart-warming seeing surfers run along the street with a surf board under an arm, hurrying to check out the waves before work.  Every city has its own stories and scenes and I continue to discover more in this sprawling city.  Wouldn’t happen in Britain, I’m always saying to myself.  But isn’t that the point?