I was at a talk recently where an architect took us through the idea of baugruppen*. This is the German term for affordable community housing funded by its residents, and it’s an idea generating interest in places around the world where property is becoming ever more unaffordable (like Sydney). We were shown examples in Berlin and they all looked lovely: modern buildings with spacious rooms, plenty of light, and loads of sustainable brownie points. And then our presenter mentioned something that chilled my blood. It was when she showed a photograph of the large courtyard garden in one development, into which the living rooms of two long blocks of apartments led. “And here,” she remarked, “is where people come out and meet, and where children play.” I managed to contain my groan. Because that’s my main objection to community living – other people. Or more precisely, the noise of other people.

In my mind, I’m sitting in my lovely, blond-wood apartment in Berlin, gazing through the open windows to the green space outside and thinking what a treasure this is to find in the middle of the city. The peace is broken by the sound of a crying baby and then some children run past my window, perhaps playing hide-and-seek, or chased by another group on tricycles. Their excited shrieks fill the air. Adults are gossiping nearby in one of the communal seating areas, and I know there’s going to be a barbecue later which will probably run on late. And as I look out at all this, my lovely, community-minded mind is saying: please, just shut the fuck up.

Now what sort of curmudgeon am I, when I recoil at the sound of children’s laughter and the gentle murmur of people talking? That’s right, I am a very curmudgeonly curmudgeon indeed. Because, while the general idea of living in a community appeals to me in theory, I know that I don’t want to be bothered with it if I don’t want to be bothered with it. And I certainly don’t want to hear my community all the time. And this is my main gripe, because so often architects seem to turn a deaf ear to the notion of the intrusion of noise. And I don’t understand why. Despite my baugruppen example, it’s something that affects domestic architecture as a whole. 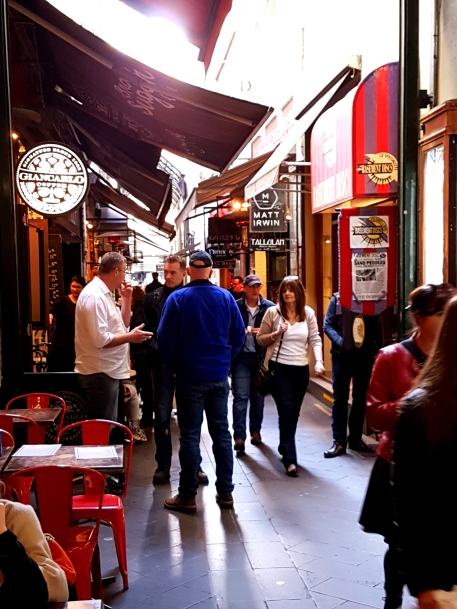 noise where we want and expect it 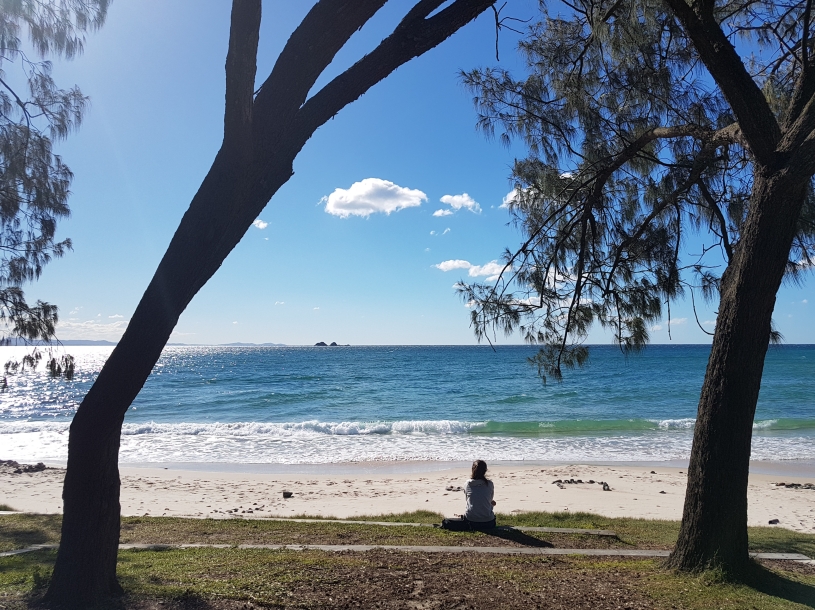 the noise of nature

Noise is one of the reasons people escape to the country from cities, to get away from sirens and cars, but also from the constant buzz of human voices. And while the countryside is certainly no haven of peace – the monotonous drone of agricultural machinery and mooing cows drifts for miles over open fields – it’s a different soundscape, usually less sharp, not so much in your face. Two or three days away and you feel refreshed. And yet we continue to build with little consideration for the way in which noise impacts on each of us. 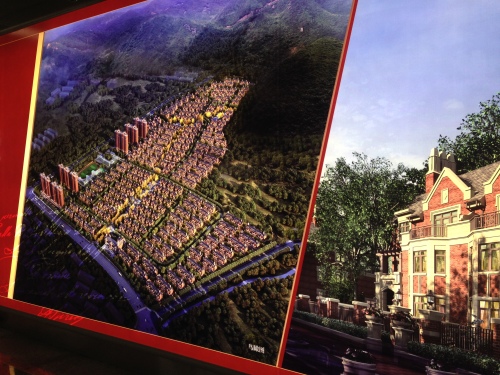 advert for a gated community in China

As I’ve mentioned before, thanks to newly-relaxed planning laws, many of the old single houses of my neighbourhood are being replaced with developments of two or more dwellings, sometimes in clusters. Often it means that the main windows of some of these new buildings are placed along shared boundaries, instead of the old-fashioned suburban way of orienting main windows to the front and back (i.e. overlooking its own land) and putting secondary windows for bathrooms and hallways to the side. Now most architects have to take into account privacy and so they add screens and carefully-tilted louvres and even set windows up high so that neighbours won’t feel overlooked. But little is done about noise. The glass in a window doesn’t stop noise nearly so well as a wall, unless it is triple-glazed, which is rarely done here. Screens and louvres don’t restrain sound at all. And thanks to our warm and breezy climate, most people like to have their windows open for ventilation. Hence noise is fed out into the neighbouring homes. While it might seem like inconsequential stuff in isolation – the sound of television or music, a loud conversation, the high-pitched whine of a food mixer or a hairdryer, even a sneezing fit or a barking dog – it begins to intrude when it is directed straight at you.

I shudder when I see apartments which share a balcony, each space delineated by a glass screen or a wall. Often that screen doesn’t extend fully to the roof. It means that sound floats out of one apartment, echoes along the ceiling before skipping over the partition into the next door apartment. A conversation on one person’s balcony is transmitted along to all the others. It could so easily have been eliminated if the screen had simply been made full height, floor to ceiling, stopping noise from moving sidewards. 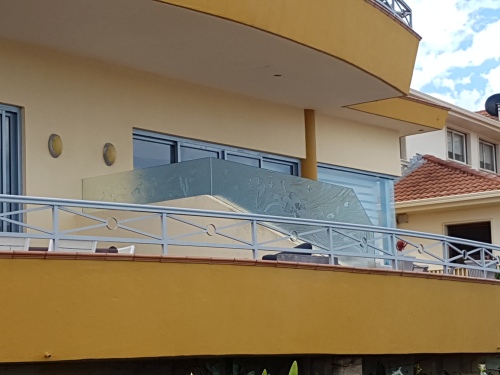 a balcony divider offering privacy but no sound protection

And it’s not only about external sounds. For years in London I suffered from the noise of my neighbour upstairs, thanks to the poor way an old house had been refashioned into several flats. It wasn’t that my neighbour was particularly noisy, just that there was virtually no sound insulation between their floor and my ceiling. An early night for me was out of the question if they were up late watching television. The scuffling sound of their dog’s excited scampering often woke me. Of course it worked the other way, too, and I cringe when I imagine what they heard coming out from my flat. Before that, I lived in a modern apartment which had concrete floors/ ceilings. There, the sound of a chair being dragged across the tiled kitchen floor above my bedroom was like nails on a blackboard.

When one of Australia’s most feted architects, Harry Seidler, designed an apartment building in Sydney in the 1990s, people rushed to live in the swankiest tower in town, with its fabulous views over the harbour. Almost immediately there were complaints and one of the main ones concerned the lack of sound insulation between apartments. The most intimate sounds were being transmitted with a beautiful clarity. In short, people had paid a fortune to hear their neighbours’ daily toileting regime.

It’s just another reason why I love Le Corbusier. His work has a particular sensitivity towards sound and privacy. Look at his Frugès development of the 1920s and you notice how a shared roof terrace is cleaved in two by a full-height wall and a canopy roof that directs sound away from each side. The sound of people socialising on one roof terrace doesn’t intrude on those sitting on the adjacent roof terrace. Compare that to an image from the baugruppen talk where individual roof terraces were placed atop a row of apartments, supposedly to give private space to each dwelling. Each of the narrow roof terraces was separated from its neighbour by a low wall, giving no privacy or noise protection. (I imagine sitting there, to enjoy my coffee in the winter sun, perhaps, when my next-door neighbour arrives to sit on her terrace to do the same. Two metres away. “Good morning,” she says to me. “Sod off,” is what I’d feel like saying. ) 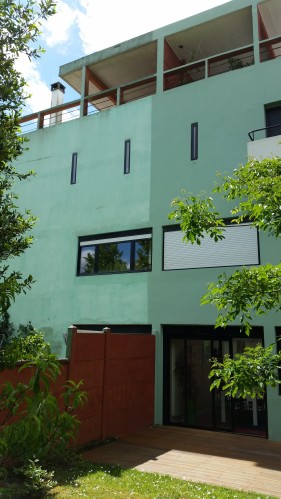 Each of Le Corbusier’s apartments in the Unité d’habition in Marseille is surrounded by an airpocket so that it shares no walls with its neighbours, thereby reducing the transference of sound. Isn’t that the sign of a humane architect? This was decades ago and still we don’t seem to have learned to incorporate ideas like this. 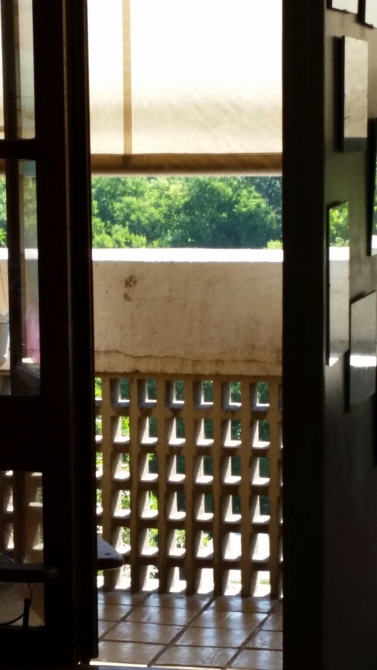 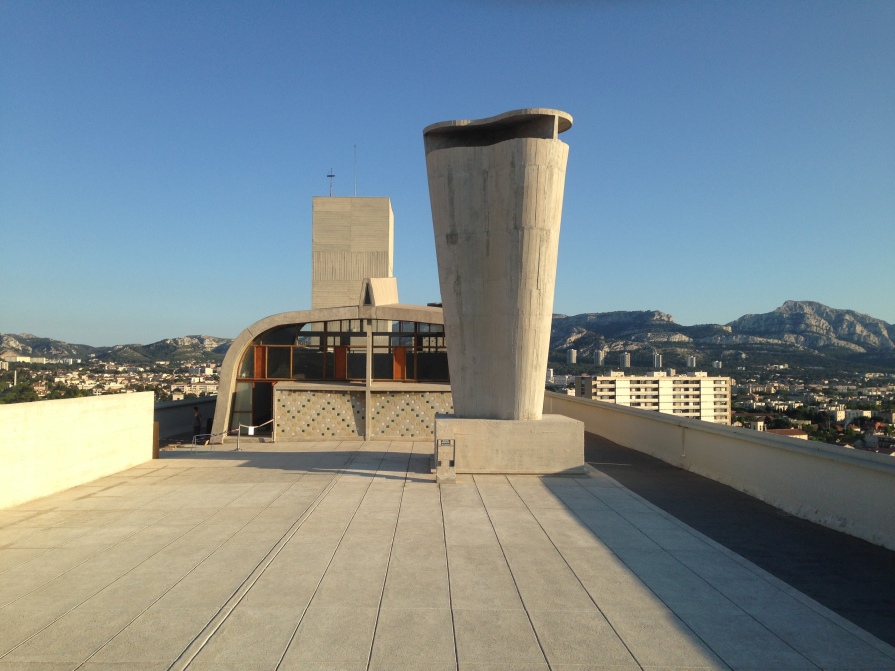 space for community life and noise on the rooftop

Maybe it’s unfashionable to talk about sound. It’s curmudgeonly and saying that one doesn’t want to hear one’s neighbours can seem anti-social, or it speaks of entitlement and privilege, where only the very wealthy can afford to put distance between them and the noise of the hoi polloi. It speaks of a dainty constitution, like the Catherine Tate character who shrieks at any sudden noise, such as a toaster popping up. And yet to my mind, the containment or reduction of noise is a civilising thing. Peace is surely something that is enjoyed by everyone if they are given the chance, even teenagers.

I’m not talking about eliminating the ambient sounds of everyday life but about reducing them when it’s possible. And thoughtful design does that. We don’t have to turn up the music to block out the intrusive sound of the neighbours if sound insulation is present or windows properly placed. And that surely means that we feel nourished by the independence of our own living space where we set the noise level. For me, that means I’m in a far better mood to face the greater community outside, to open my ears and listen with a gentle heart. Not curmudgeonly in the slightest.

What’s your experience of noise in the home?