The bland leading the bland

I’ve just finished re-reading a magnificent book that was written by architect Robin Boyd and first published in 1960. I think it should be mandatory reading for anyone interested in Australia because it is not only savage and hilarious but spot-on. It has a big main theme: the Australian love for what he called Featurism, and why. Much of what drives Australian taste, he posits, was the fear of the natural world. 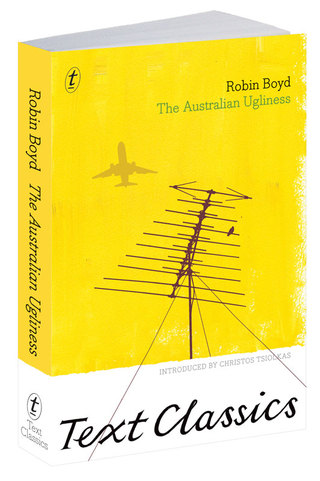 ‘The greater and fiercer the natural background, the prettier and pettier the artificial foreground,’ he wrote. The result was a mishmash of styles, nothing really meaning anything. He describes Melbourne as ‘a dressmaker’s floor strewn with snippings of style.’

I have a rollercoaster relationship with my adopted country. I marvel at the beauty of its natural environment, and the sometimes old-fashioned ease of the place where businesses don’t see the need to take deposits before they start your order, and where I can often see my doctor or dentist on the same day that I ring for an appointment. But I have always been dismayed by its buildings. Of course there’s some good stuff but most of the built environment is pretty bland, if not downright ugly. Which is why Boyd’s book still rings out loud and clear.

And so I thought I’d take you on a little walk, one that I do most days, to show you why.

As I walk down to the beach, I pass this:

It’s the backyard of a house which the occupants obviously wish was in some Mediterranean village. That entire wall, complete with flowering shrub and leaning bicycles, is essentially a vast photograph acting as a fence. Do those roofs beyond add to the vibe? You’re right, they don’t.

Next, as I walk on a lovely pathway beside the sea, often watching dolphins frolicking in the surf, I pass this house. 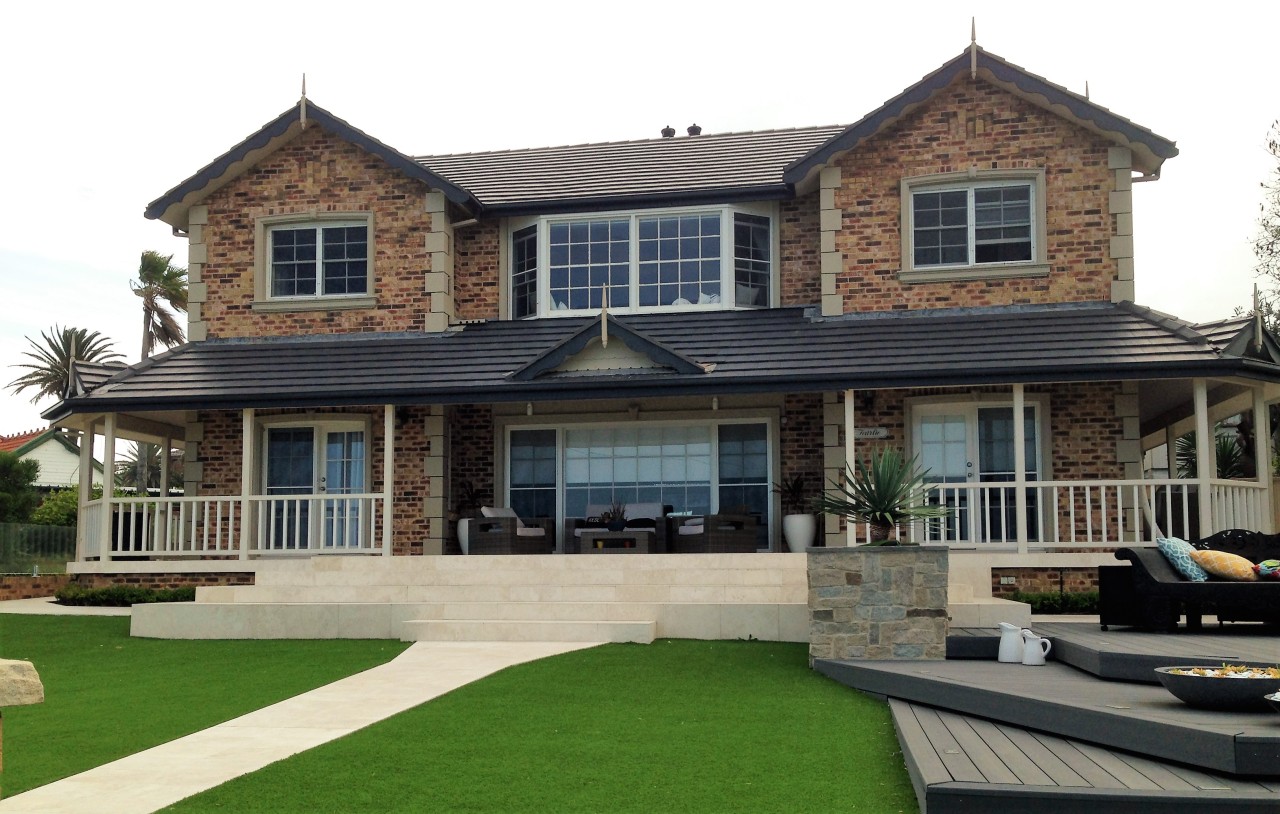 It used to be a very ordinary place given Federation touches – a wooden veranda, wobbly barge-boards and finials on each gable, the pretend multi-paned windows. But recently it’s been given a Featurist make-over. Classical-looking stone facings were added to the window surrounds and at the corners. And then the veranda was extended and steps added, all covered with travertine tiles that relate to nothing else (no lip, even, on the steps to match the traditional style). A deck was placed in the garden, using composite decking that will never rot, and then a large planter was built, which was faced in a rough stone quite different from either the fake-stone cornerstones or the travertine tiles. To cap it off, the lawn was removed and replaced with synthetic grass to provide a uniformly green sward that will defy the strongest weed.

Perhaps surprisingly, this is not a matter of snobbism or what constitutes good taste. Boyd speaks about the success of buildings that have a strong central motivating idea. This design integrity means that each part of a building relates to the other. It is why the Sydney Opera House works and why Palladian villas work and why Le Corbusier’s Unite d’habitation works, and why this building at the end of my walk works.

This house is called Apollo Gate and was designed by architect Reuben Lane in 1969. It wouldn’t look out of place on the Cote d’Azur. It doesn’t matter if it appeals to you or not. The point is that the whole building has been designed as a whole, in this case a home built around a space large enough to hold chamber concerts. It has the integrity of a central idea. There are no quirky gables or sudden changes of materials or extra windows in a completely different style. Its huge presence offers welcome respite from its Featurist neighbours with their fussy bits’n’pieces.

This morning, as if I need to torture myself any more, I drove around a new housing development on the edge of my suburb. It’s tucked beside the remaining sand dunes of a long and beautiful beach, although the site itself was sand-mined and consequently the houses all sit in a kind of hollow, without views. 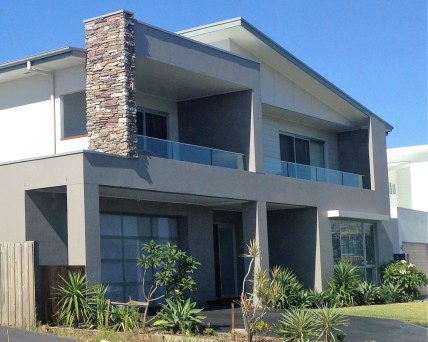 They’re all different and yet all the same – an assortment of materials with stone or slate glued on to walls that have no real use except to break up the façade. Slanting roofs lead you to believe there are clerestory windows letting in light to darker parts of the buildings but no, they’re there to add a jaunty angle. This sort of development is found everywhere across Australia, from Darwin to Perth to Adelaide, regardless of regional climate differences. Gardens are small but usually filled with further features with nothing allowed to proclaim itself as a simple wall, and no space for proper trees. Walking around I began to feel breathless, smothered by the awfulness of it all. It has, as Boyd would say, a frank and proud artificiality.

What’s the answer? Boyd advocates real architecture, and education of both architects and the general population. But in a country where you still see houses named ‘This’ll Do’ I think there is still a long, long way to go. The last paragraph of The Australian Ugliness sums it up beautifully:

‘The Australian ugliness begins with fear of reality, denial of the need for the everyday environment to reflect the heart of the human problem, satisfaction with veneer and cosmetic effects. It ends in betrayal of the element of love and a chill near the root of national self-respect.’

So what’s the ugliest building you know?