I’m a fool for a doorway. Thankfully, there are several Instagram sites that feed my addiction so I can peruse the doorways of Paris or Chicago or London to my heart’s content. Doors draw us towards them and invite us to walk through them. They can be a powerful barrier, too, telling us that this way is barred unless we can perform some magic, like ring a bell, rap three times, or show a pass.

A door is the finishing touch to a building. More important is how the building itself addresses its site. For most of us that means looking at how a building sits in the streetscape. What does the building do? Does it draw us towards its entrance? Does it welcome us?

When I carried out feng shui consultations, I often had calls from new clients who felt that their lives were going nowhere and that opportunity was most definitely not knocking on their door. They felt lost. Almost without fail I would arrive at the address they had given me and think: where is it? Sometimes the entire building was hidden from view, tucked behind others or accessible only by a hidden-away gate. Often I wouldn’t be able to find the entrance door, or at least it would take a few attempts, being led down the wrong side of a building by a path that looked more important than another. Street numbers were often missing or covered by plants so that I had to work out from looking at neighbouring buildings where to go. Office buildings had locked doors or entrance buzzers that didn’t work.

In feng shui terms, if I couldn’t find their home or business then there was little doubt that chi (or qi or life-force energy, call it what you will) would also have the same problem. All the life-giving energy of health, wealth, and opportunity skipped past the building, draining the energy of those who lived and worked inside.

You only have to look at the way that traditional Chinese buildings address the street. Stone lions and colourful arches announce the grandest ones, from monasteries to bank buildings. Even lowly homes use colour to make them stand out. Clarity is always the message. You may be sceptical of all this kind of symbolism, as indeed I used to be, until I kept coming across the same dire situations time after time when it was missing. Inevitably, I still find myself referring to feng shui principles when I look at buildings.

Frank Lloyd Wright was a terror for hiding the entrance door. He adored privacy, hence his Prairie houses of the early 20th century usually have terraces and balconies with walls that are just high enough to hide you if you want to sit there. Front doors are often tucked around corners, sometimes in shadowy places so that you’re hidden from view from the street. Perfect for secret assignations, of which Mr Wright was partial. 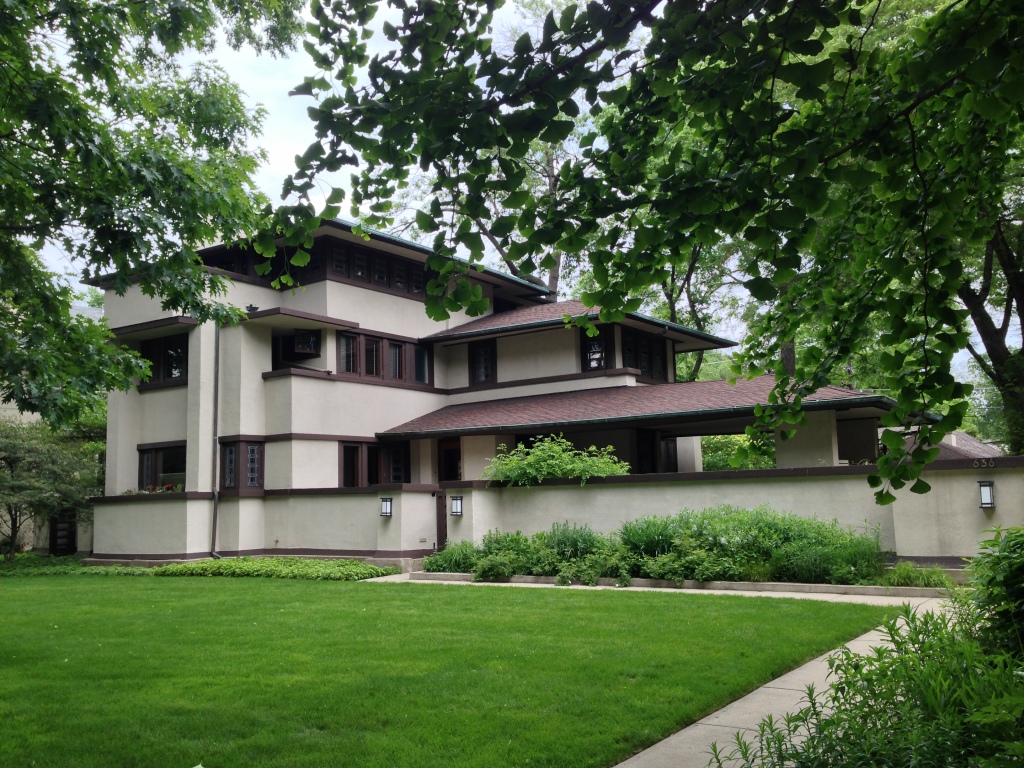 While his doorways may be hidden, his buildings make up for it by making a strong statement on the street. They spread outwards with his signature horizontal lines, with barely a drainpipe to disrupt it, creating a pleasing and generous streetscape.

The wealthy (and their architects) have always understood the power of site. The splendid C16th villas designed by Andrea Palladio are usually sited to impress from afar and to give grand views over the landscape. They influenced the imposing country houses of Britain of the following centuries (and, to some extent, municipal town halls and schools). Even if a magnificent house is hidden away from the road, it has a stonking great gateway so that you’re left in no doubt that something glorious lies beyond.

We don‘t expect that kind of thing in our domestic landscape today, and houses often present a huge blank garage door to the street with the front door tucked away around the side. That’s logical, of course, because the car needs access space. But buildings are made for people and people are not entirely logical. We always have an emotional response to buildings, whether they’re office blocks or single dwellings. 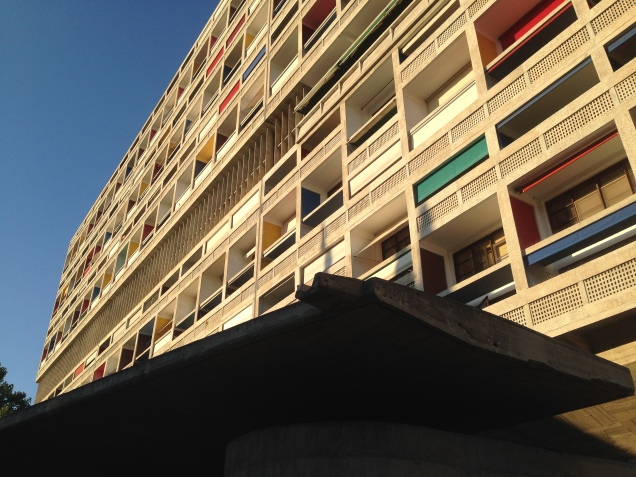 Le Corbusier understood the importance of setting and entrances. His fabulous Unité d’habitation in Marseille is angled to the broad Boulevard Michelet. It’s the only building on the boulevard that does this because the architect was more interested in scooping up sunlight and views than presenting a big façade to the street. There are no apartments on the sunless northern side and as the majority of apartments run from east to west through the building, they utilise the best light from both the rising and the setting sun. The building is accessed through one large entrance, as Le Corbusier wanted everyone to have a sense of the building as a single home, even if everyone knew (rationally) that there were over 330 apartments inside.

I found myself pondering the idea of site and entrance the other day as I walked past a building in my suburb that was supposedly built facing the wrong way. Its main façade is covered with balconies and faces north (our light source in the southern hemisphere)). The back of the building is peppered with small utilitarian windows denoting secondary rooms like bathrooms and third bedrooms. That all makes perfect sense until you realise that the building sits right on the seafront. In other words, the sun-trap balconies and large living room windows face a rather ugly streetscape whereas the lavatory gets a stunning view of the sparkling ocean. It’s mind-boggling how nobody seemed to twig that the structure was going up the wrong way. Maybe the logic of gaining maximum sunlight outweighs the fantastic view but I reckon most people would prefer to look at the sea than the street.

As I write this, a house on my street is struggling to find a buyer. It’s been stylishly renovated and the housing market is booming and yet there’s very little interest in this house. My feng shui eyes tell me why. It’s tucked away down a slope, hidden from view. In my opinion, the life-enhancing energy of possibility (and sales) is wafting along the street, unaware of this hidden retreat. There’s precious little the owners can do about the site, of course, and I’m sure the house will sell eventually, but at a lower price than any comparable house that addresses the street more forcefully.

This house in Kew, designed by Sean Godsell, owns its site

A building that owns its site and has a clearly marked entrance is a well-designed building. It’s been planned for people to use rather than simply to look at. Mindfulness is present. It’s my experience that this sort of building succeeds because it rewards the people who live and work within it. And when opportunity comes a-knocking (and it will) then the folks inside will welcome it in with a huge hello and get their bags packed for the next adventure.

Have you ever lived or worked in a badly-sited building?