I don’t always ‘get’ cafés. They used to say in London that you were never more than six feet away from a rat. In my suburb, the same might apply with cups of coffee. Cafés line the main shopping street and are tucked down laneways and there are two virtually on the beach. There’s one in the library so the smell of coffee wafts among the book shelves, urging me to chuck the book from my hand and order a cappuccino instead. Even the little parade of shops around the corner from my house, which used to be handy for picking up a newspaper or milk and not much else, is now home to two cafés that are always heaving. One is boisterously full of tradies and surfers grabbing meat pies with their flat whites while the other – the one with the Range Rovers lined up outside – is Yummy Mummy Heaven, apparently the perfect place to catch up with the gals over a soy chai latte and a paleo poached chicken focaccia. 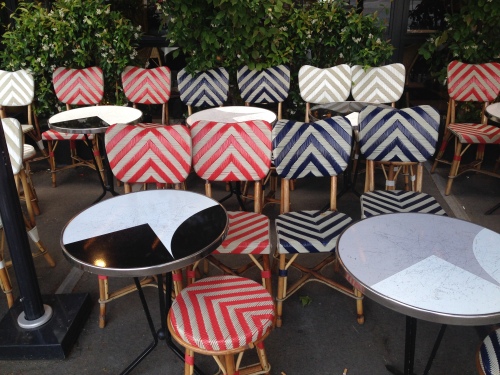 What is it that makes cafés so alluring? They’re obviously people places but they’re creative spaces, too. If anyone furthered the romanticism of writing in cafes it was J K Rowling who famously wrote the first Harry Potter while huddled at a table in an Edinburgh café. And, of course, there are the famous cultural cafés of Europe, like those in Paris that were frequented by everyone from Apollinaire and Picasso to Sartre and Hemingway. As my readers will know, Yvonne Le Corbusier loved a coffee and a fag in the Deux Magots on the way home from the market. Vienna’s café scene was just as vibrant, only with more cream, and doubtless so was Berlin’s. There were probably famous ones in Britain, too, but all I can think of is the grim station café in the 1945 film ‘Brief Encounter’ where tea is served from an urn and Celia Johnson looks so terribly, terribly anxious. 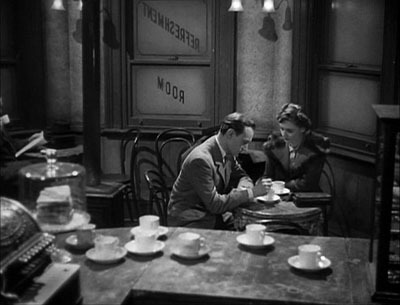 I remember a couple of cafés in the Welsh market town where I grew up. They were rather basic places and their windows steamed up in winter. As a ten year old I found them threatening because people seemed to hang out there all day, which in my pompous little mind translated to being up to no good (they were probably  up to nothing at all, which is another point of cafés). As children on holiday in Scotland, we often went to cafés, only they call them Tea Rooms, which were rather prim and proper places full of old people eating a variety of iced cakes (Scottish life has a tendency towards sugar, flour and fat). 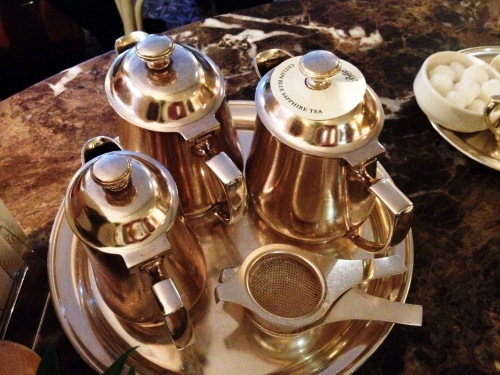 When I moved to Harrogate as a teenager, I became acquainted with grander cafés. The best known were Betty’s and the Imperial but there were plenty of others. When Betty’s moved into the Imperial’s premises, it became more sumptuous, with large areas of white-clothed tables and walls filled with complicated marquetry pictures that were stolen some years later. For a while, some of its staff looked as though they’d worked there since the 1930s, which was entirely possible. I would linger there for hours after school with my best friend Glyn, sharing secrets and laughing raucously, and eking out our single pot of tea with an endless supply of hot water provided by the waitress (brought from the kitchen – she didn’t have an inbuilt reservoir). Gradually Betty’s became more famous and today there are always long queues outside with people eager to nibble on a Fat Rascal (a type of scone). In my opinion, it’s lost much of its charm and feels rather fake.

There was also a Betty’s in York, which was scruffier but it still had a good selection of cream slices. Nearby there was a Terry’s tearoom, which is long gone, and which had a fabulous restaurant upstairs that was lined in sombre dark wood like an old bank. Lunch there started with orange juice out of a tin or brown soup, and they served things like Welsh Rarebit or chops. It was the sort of food that some foreigners still think Britain serves, not realising that Britain has gone gastro since the 1990s.

I like cafés, though, or at least the idea of them. For an Australian generation brought up on the cafés of ‘Neighbours’ and ‘Home & Away’ (okay, that was a diner), cafés are important social hubs, in the way pubs are in Britain. They make you feel connected, part of society, doing what other people do. Some people may be writing bestselling novels in them or flirting with the person at the next table or chatting about sport or television. 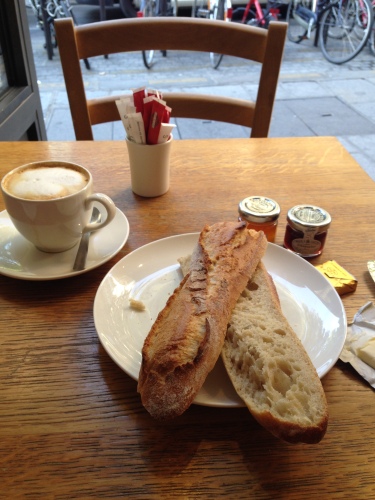 I have often felt guilty that I don’t frequent the local cafés in my suburb. When the man from the deli told me he was opening one across the road, I blurted out, rather ungraciously, that I don’t do cafés here unless I have to. What I meant was that it seems odd to me to go to a café  so close to home. And yet I love sitting in cafés in France for breakfast or a coffee, and I often met up with my partner in one on Old Compton Street in London in the days before we lived together. Here, well, I drink coffee at home. 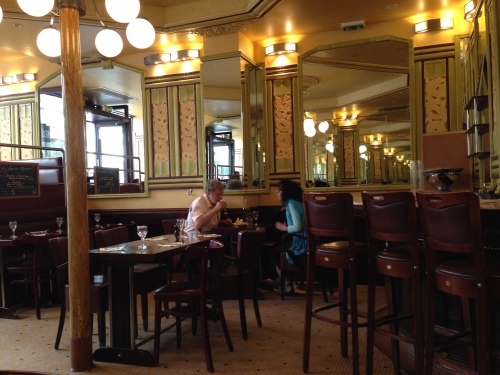 Except something’s shifted recently and I have taken to strolling down to a café once or twice a week. I have a favourite. It used to sell nothing but coffee – no cakes, no teas, no soft drinks, this was a den for serious caffeine addicts – but now it’s splashed out on a plate of muffins under a glass dome and a few bottles of ginger pop. Ah, I think with awe as I enter, here be people.  When you live in your head as much as I do, it’s good to be reminded of the real world out there, uncurated by social media. Thirty minutes later I’m gone. Sitting there usually sparks some train of thought and I just have to get back to my desk to write it down.

So maybe I do ‘get’ it after all, it’s just that I’m a slow-learner. 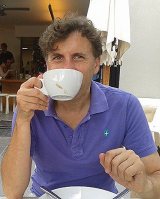