Give us this day

I have just finished reading David Sedaris’s book ‘Theft by finding’, which is a collection of edited highlights from his journals written between 1977 and 2002. Earlier this year I enjoyed Alan Bennett’s ‘Keeping on keeping on’, half of which is edited highlights of his journals. So it’s safe to say I’m a sucker for journals and especially those written by erudite gay men who have a taste for the absurd. In both cases, I was left wanting more. More importantly, I felt nourished by reading them. It was as though I’d spent a glorious time with someone who shared a similar view on life and who knew how to make me laugh.

Writing a journal is slightly different from writing a diary. A diary is more often a report of facts with the occasional comment thrown in, whereas a journal is all about reflection and observation, the story behind the event. I’ve been writing a diary since I was a teenager and I often ask myself what they’re actually for. I mean, why did I need to record the tedious detail of what television programme I watched on 5th May 1977? Or why I wore clogs to school that day? Sometimes I dip in at random and nearly always I’m left thinking: who on earth is this person? I suspect my diaries are all about processing the day and putting it to bed before I do the same. 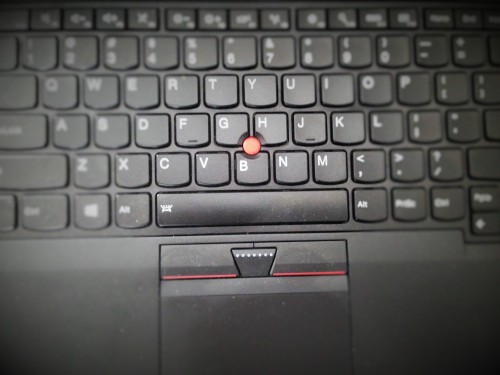 I write journals when I travel. They’re usually written in a notebook as opposed to a page-a-day diary and so there’s no limit to how much I can write. Because of that I write little bits throughout the day, or even set aside an hour or so in the morning to write about the previous day. They take time but because of that I have, for instance, an excellent record of my visit to India in 1995. On a slow 18-hour train journey from Bangalore to Trivandrum, I spent most of the time holed up on a top bunk. I read a novel, I snoozed and I gazed down on the people below me. My journal documents who I saw and what they wore, especially the beautiful family in fabulously colourful clothes who joined the train at Coimbatore. Then there’s the boring host of one of the little hotels we stayed in and who lorded it over the dinner table with long tales of his great past.  There’s even a lavish description of the gentle ox at the ashram I stayed at that delivered the cartload of fresh coconuts each morning. I’ve written detailed journals on most long trips away from home, including the bleak and blurry visit to England to witness the last two weeks of my mother’s life and the aftermath. I delve into them only very occasionally but really, why write them at all?

getting a broad picture

I think writing a journal is not just necessary but inevitable if you’re a writer. You’ll know what I mean if you’re the type who wakes at night with a beautiful sentence rolling around in your head. You have to write it down. Throughout the day certain words catch your attention as do particular interactions with other people. You might find yourself on top of a mountain and a word strikes you as perfect to encapsulate the feeling of that moment. It has to be written down otherwise it’ll bother you all day long. Writers fear losing words, despite the fact that we chuck away so many during editing, but more than that, we fear forgetting something significant, even if it’s only the significance of the odd way someone served you coffee.

Sometimes, when I feel blocked and uncertain, it’s good to look back over the journals. They remind me of how I think (or used to think) and what grabbed my attention. They often inspire me. Sometimes, when I’m writing about a specific place or a building, they provide detail that I can’t find anywhere else. How else would I recall the colour of the pieces of glass embedded in the concrete at the Unite d’habitation in Marseille? Or remember the receptionist at a thermal baths in the Pyrenees who kept us waiting while she gossiped on the phone. “Oh la la,” she said. “Oh la la. Oh  la la la la.” My partner Anthony couldn’t believe French people actually said that. As far as we could make out, this French woman could say nothing else.

That’s what journals are for. That’s why they’re worth keeping and why they’re worth reading. Diaries might remind me what I was doing (or not doing) in the past but journals fill in the gaps and tell a richer, fuller story. You end up with dozens, even hundreds of little notebooks: the idea of chucking any of them out is strictly verboten. But if you think you can have too much of a good thing, please don’t tell Messrs Sedaris and Bennett.