Seeking the chi in China

I was working as an interior designer in London in the 1980s when I first heard about the Chinese practice called feng shui that appraises a building to find if it is a beneficial place in which to live or work. I was sceptical at first but the more I learned about it, the more it resonated and tallied with my experience of why some homes felt so good to walk into. Years later I became a feng shui practitioner and teacher, and I loved the idea of using Chinese principles in Western homes. China itself remained of only limited interest to me. 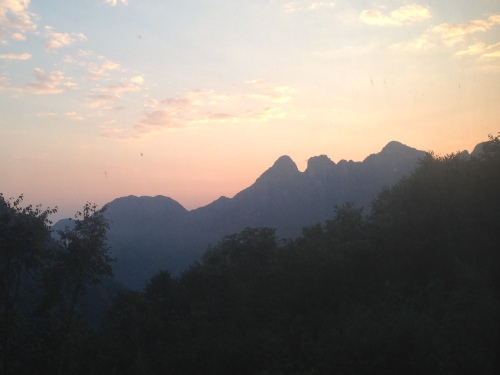 This year, though, I’ve had the opportunity to visit the country not once but twice and I was surprised to find how much it re-energised my interest in feng shui. My trip was centred on three sacred mountains in different parts of the country, with a side order of Taiwan on the way. Having being overwhelmed by the air pollution and the sheer scale of the building programmes when I visited the country in April, I was looking forward to seeing rural China and hoped for a glimpse of a more traditional way of life. 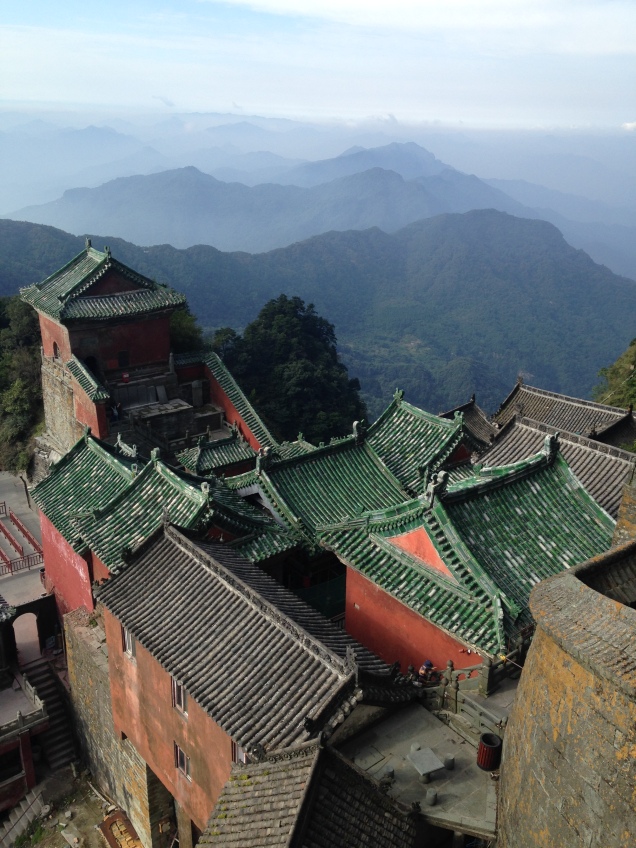 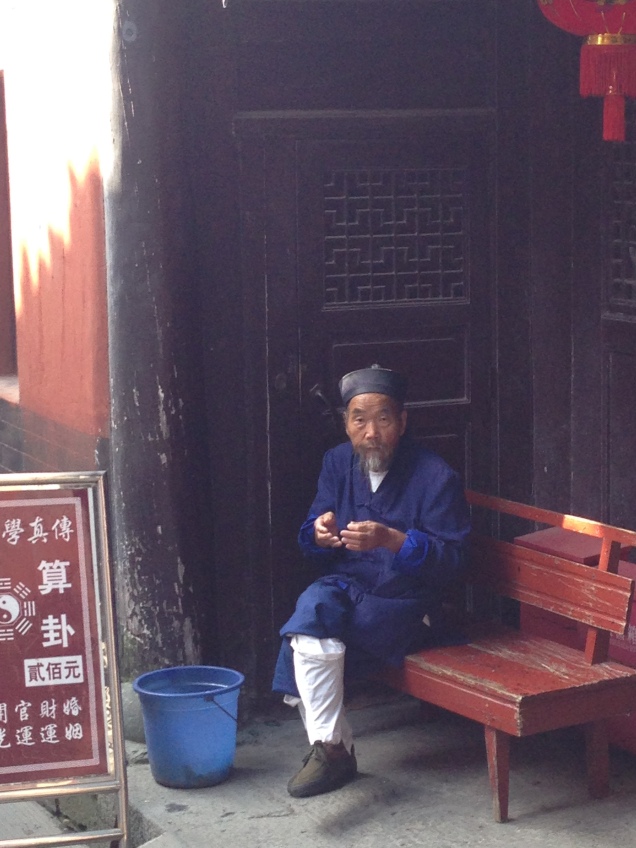 Leaving the thriving city of Wuhan and its 10 million inhabitants, it was a five-hour drive to Wudangshan, the mountain where tai chi originated some 400 years ago and which is a stronghold of Taoist belief. Wudangshan was immediately compelling. It’s the classic Chinese landscape of limestone peaks set with temples, and transport is limited to shuttle buses, adding to a sense of serenity that is hard to find in bustling China. The Golden Summit felt glorious, reached by a gondola or a protracted walk. 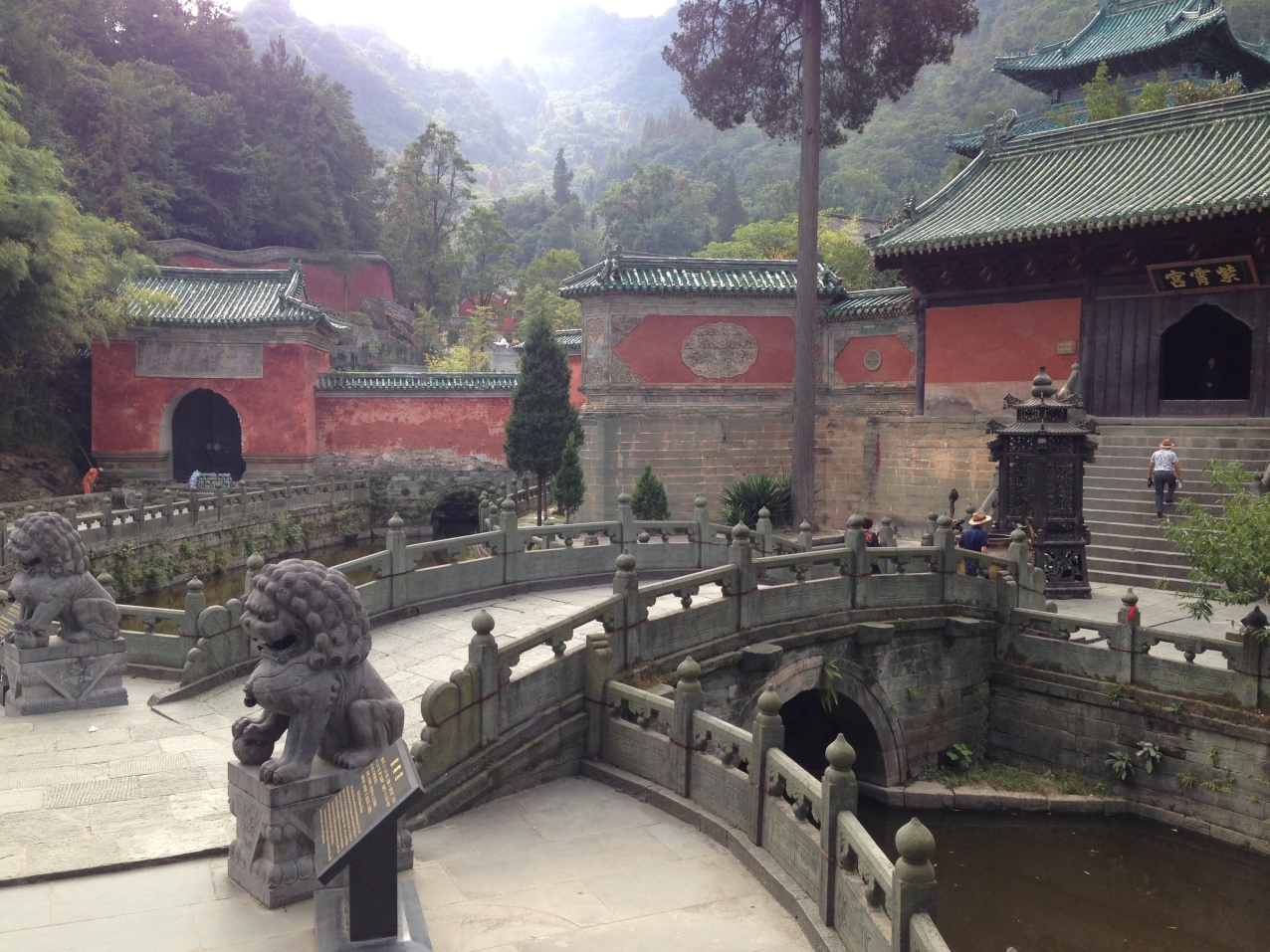 But it was at the Purple Heaven Palace (or Zixiao Palace) that I felt something special. It was built in the 15th century using classic feng shui principles. The lushly wooded mountain seemed to embrace it and there was an open area at its entrance with water running through it. This is perfect feng shui and it felt a calm space where I wanted to linger. 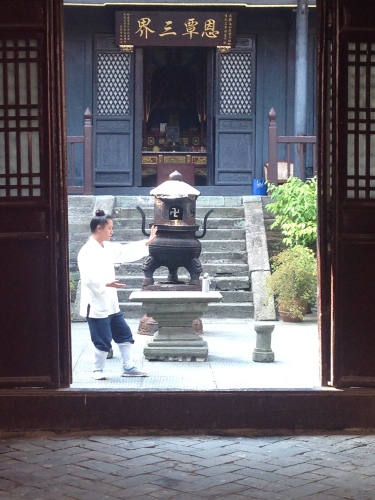 I wasn’t surprised to find that it had a school for female Taoist students. That sense of the nurturing Earth (or female energy) was palpable. 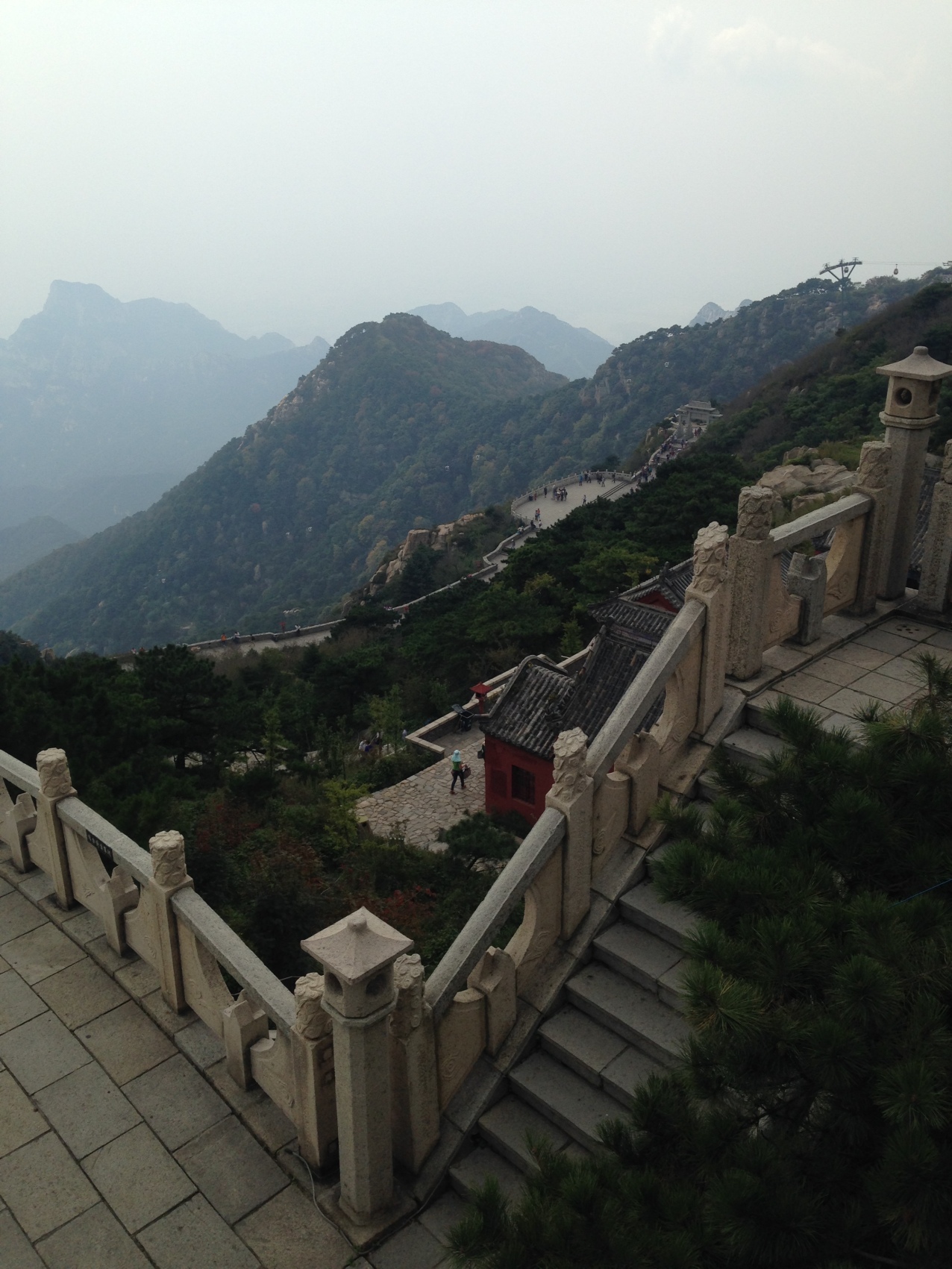 Taishan was my second mountain, a flight away to the East. It’s China’s most famous mountain, known also as the Emperor’s Mountain as every Emperor paid homage to it as it was so high (and therefore close to Heaven). Crowds still flock up the steep path from nearby Taiyuan (okay, I took the bus…). 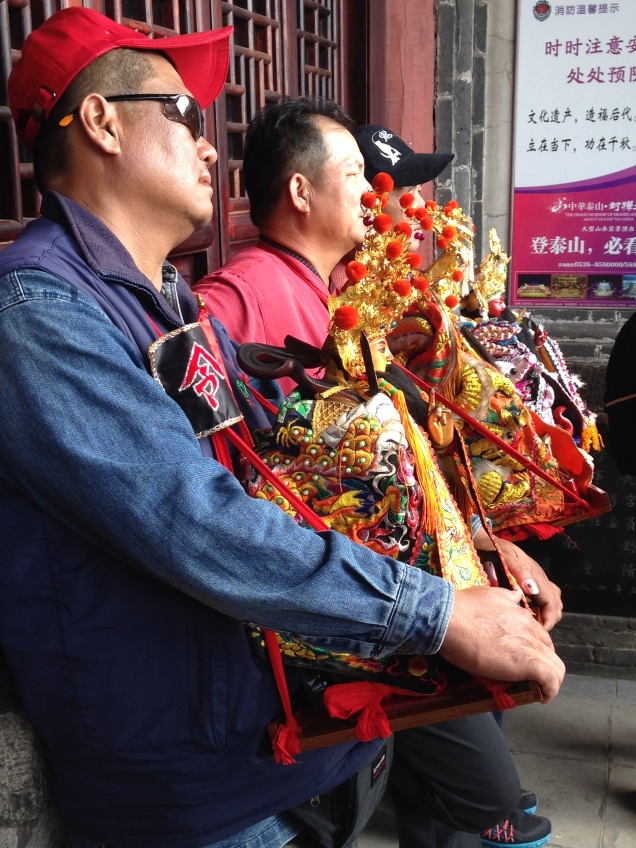 bringing deity figures to be blessed on Taishan 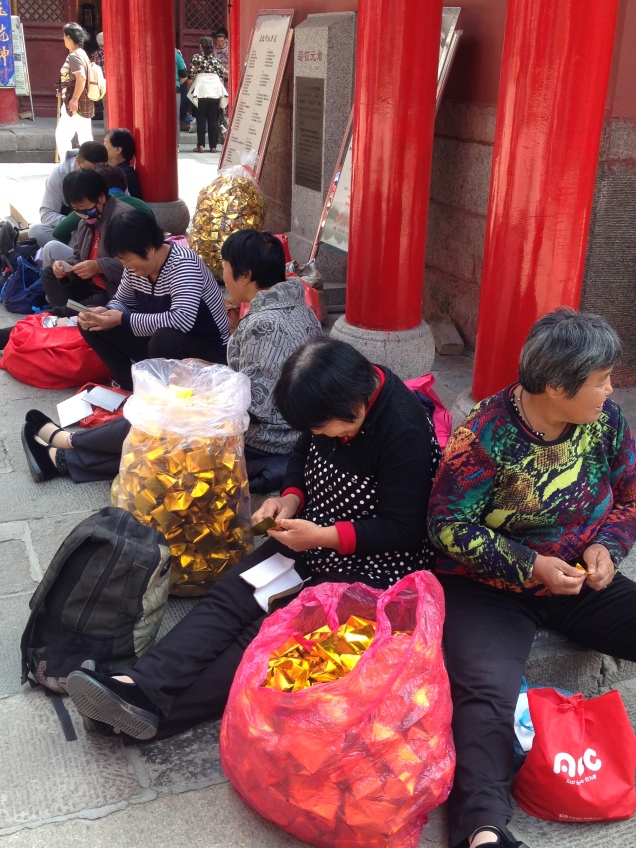 It remains a sacred place and there were hundreds of pilgrims bringing offerings to the small, crowded temple at the summit. It felt like a holiday destination to me and I didn’t feel particularly moved by it. 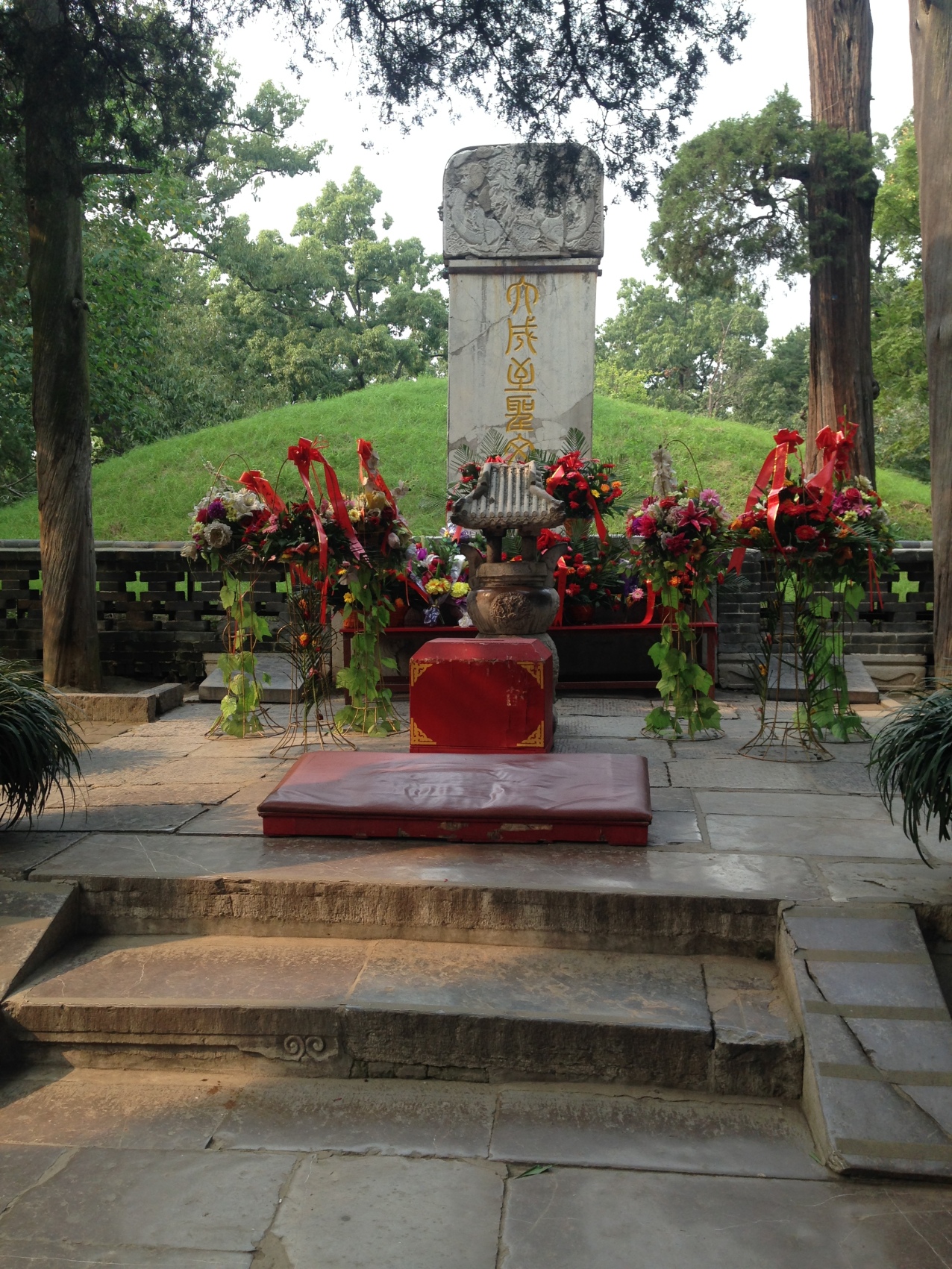 It wasn’t too far to Qu Fu, which is the town where Confucius was born. The Confucius family were believed to have the best feng shui in the land after the Emperor.  Along with the Confucian temple and family mansion, there is Confucius’ tomb, set within a cemetery for the 75 generations of his family (100,000 graves, I was told). Given that one of the feng shui precepts is that one should not damage the earth as this awakens the wrath of a vengeful dragon, it was fascinating to see how the graves of the families were mounded above the ground. That same sense was visible in the Confucian mansion which was built on supports laid on top of the ground rather than within it. Entrances were set at angles, with steps and screens placed so that you have to turn often as you progress through the place, slowing you down and creating a relaxed atmosphere that is perfect for a home

My final mountain was at Wutai, another flight away to the North West. The area has  great significance to Buddhists and there are still many temples scattered around the valley which gives it an incredibly romantic atmosphere. And yet, as we strolled to the small village of Wutaishan after dinner, we were forced to turn back because of the pollution in the night air. The Shanxi region is known as the cradle of Chinese civilisation but it is also the cradle of modern-day coal production, and the valley seemed to fill with smog in the night. 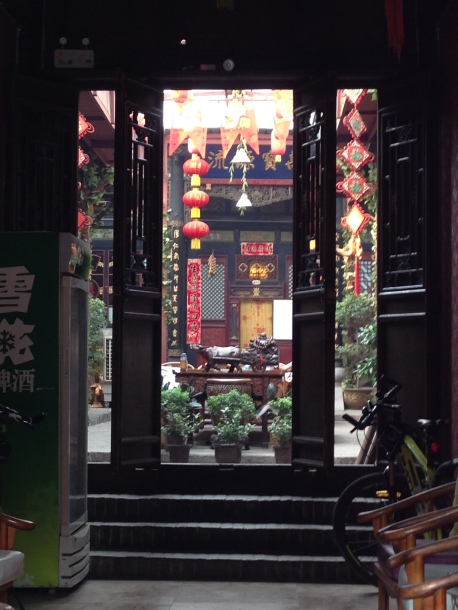 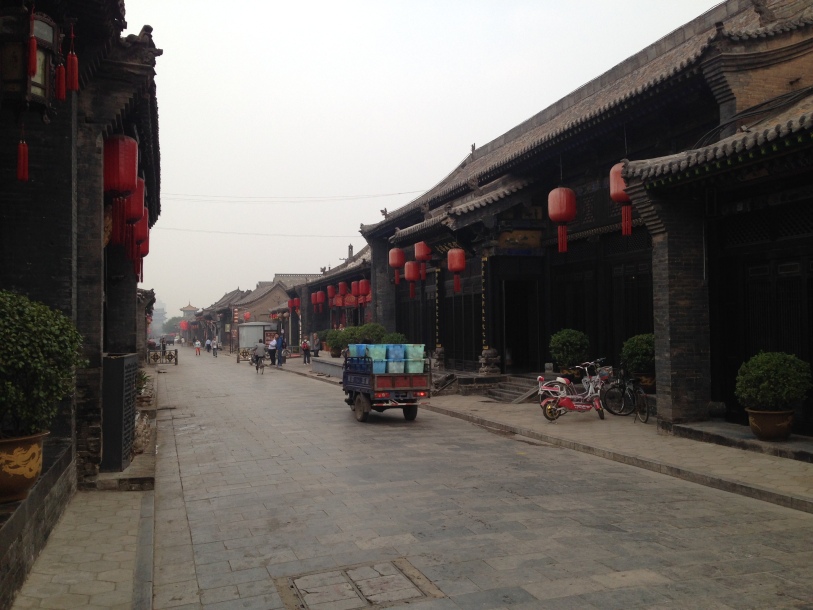 Everyday feng shui was glimpsed in the medieval city of Pingyao, now a major tourist attraction due to the completeness of its buildings within the impressive city walls. Thronged during the day, I was lucky enough to stay in its centre, and therefore able to wander along its quiet streets in the early morning. My hotel was an old courtyard mansion with a busy main building on the street and then the bedrooms housed in pavilions set on a series of courtyards behind, the entrance to each complete with steps and screen so that the chi is slowed, making each courtyard feel incredibly quiet and calm. I think the courtyard model is perfect for inner city living and wish it was adapted in cities such as Sydney. They’re tranquil oases, shaded in the sun. 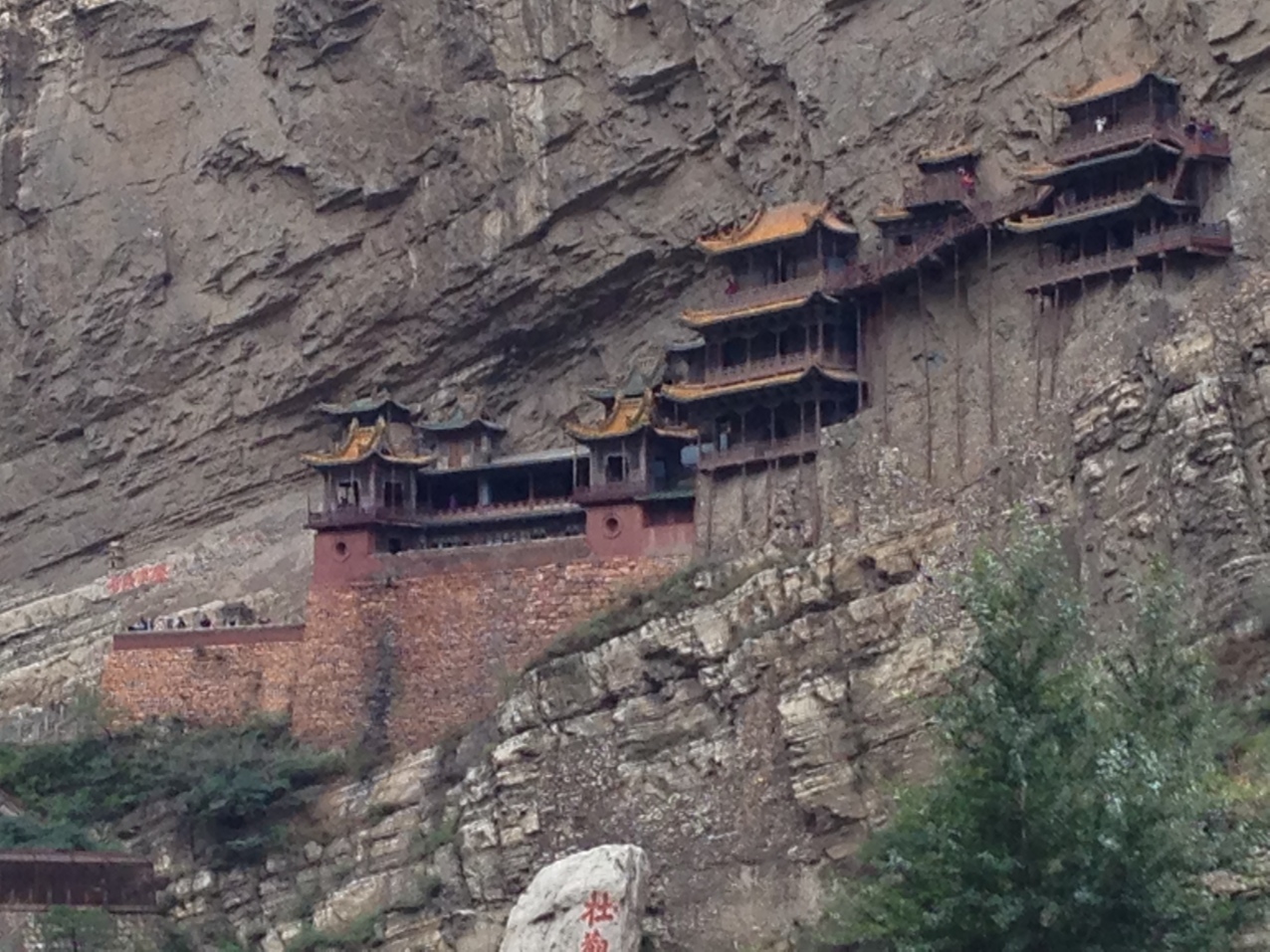 The final few days were marred by breathing difficulties. Fabulous treasures such as the Hanging Monastery sat under heavy skies and choking air. The roads remain filled by large petrol-driven cars, important symbols of status, and there are many red-and-white striped factory chimneys which churn out smoke. It’s easy to criticise but there are good things afoot. I saw wind farms and solar panels everywhere, and most cities seem to be establishing or extending public transport systems. But I don’t think I have ever been so pleased to get back to the clear air of Sydney. The feng shui journey was worth it, though, walking through spaces that reveal themselves gently. It remains a lesson in urban planning and interior design.

Now, where did I put that wind chime…? 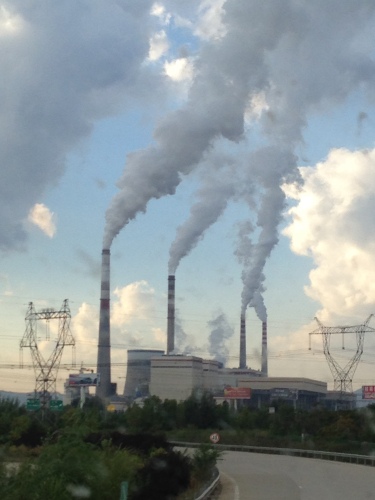