The problem with clothes

This week’s Design File is the Little Black Dress

When I told my female friends that I was doing a piece on the LBD, without fail each gave an effusive response. “Oh, can’t wait! How wonderful! Love LBDs!” It made me realise that I don’t get excited about any item of clothing (although I’m partial to a comfy shoe). I notice when others dress well and occasionally I try to dress better but it never comes out as well as I hope. Some people seem to do it effortlessly, although experience tells me that looking good takes time and maybe practice.

It’s sort of easy for us blokes, of course, as we can get away with so much (and so little). A jacket and jeans was my preferred look while living in London but in Sydney I find a jacket is often too warm to wear. Sweaters, too. It’s not helped by living in a not-particularly fashionable beach suburb where shorts and any old tee shirt is easily the de facto uniform.

When I have to go up to the city or out socially, putting on long trousers strikes me as rather a bore. The problem for me has always been not knowing the rules. Should your socks match your shoes or your trousers or neither? Is it always wrong to roll up your jacket sleeves? What shoes go with brown jeans? In fact, are brown jeans tasteless? And what’s the line between those really comfy, spongy-soled shoes and sharp, leather-soled ones? (Okay, maybe I know the answer to that last one.)

I have worked with various people who seemed to know all the rules. They could wear a pink jacket and still look good. They knew when a black suit worked and when crumpled linen was perfect. Years ago, a girl I worked with said to me, “If I had lots of money, I’d be so stylish.” Even then I knew that was nonsense. Style is elusive but you know when someone has it. I can put on a designer suit and it looks ordinary because I’m wearing the wrong shoes and shirt. Others can slip out of an op shop looking a million dollars. I suppose you just learn to live with it. 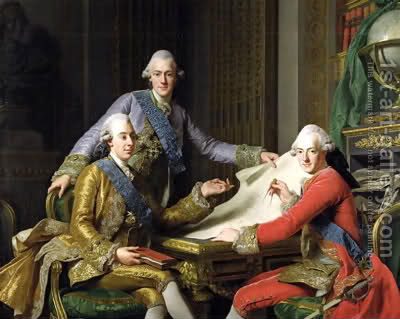 Last year I was in Paris, staying in the perky Marais district. It was November and a hint of winter was in the air so I took the opportunity to wear a scarf (a rare treat for a Sydneysider) before noticing that everyone was wearing a scarf. Not because it was so cold, more that it was ‘seasonally appropriate.’ After a while I began to feel it was like some Parisian uniform. I know that, despite the couture affiliations of the city, Paris is a rather conservative place and the French don’t do streetwear or casual clothes in the same way as they do in Britain or Australia. It all turns out looking too considered, too clean-cut. You could eat your dinner off a Frenchman. While I am fond of a navy sweater, button-down shirt and jeans with loafers, it’s a look that been around for decades. Moving on, please…

What does it matter? Visiting Italy when I was at university in 1980, all the young men my age were wearing lemon-yellow lambswool sleeveless sweaters. How good they looked! Pink or pale blue Lacoste shirts were a look, too, but when I tried to copy it, I just looked scrawny and colourless. Maybe I should have dyed my hair black. At the same time, Germans were immediately recogniseable because they had taken the denim look to its extreme, tip-to-toe in denim so stone-washed it was practically colourless. It wasn’t the look I even wanted to attempt to replicate. 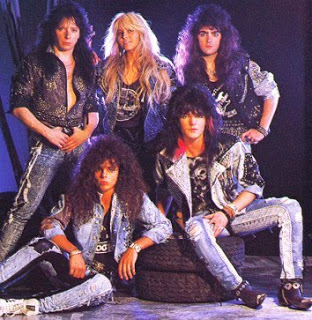 I remember an evening when I had first moved to London in 1981. Feeling very pleased with myself and enjoying the summer weather, I was heading out, dressed for some party. I thought I looked pretty fantastic, too, and I think it’s safe to assume I was going to turn heads in what I was wearing: turquoise cotton jeans and bright red Kicker boots were teamed with a white collarless shirt and a long black sweater. Black with bright rings of red, blue, yellow and green, that is. Later, my flatmate Mandy, who was a backing singer for Tracey Ullman, nabbed it as a dress, and looked fabulous in it. She had style, you see, whereas I looked like someone about to audition for Play School.

colour is never out of fashion

How lovely it would be to have a colour counsellor, one of those people who tells you whether you’re autumn or spring and never to wear velvet. A friend did it years ago and looked immediately incredible, bagging herself a smart Italian husband on the way. Another friend did the same and the deep tones he now wears give him gravitas and style.

At a certain age you can carry off anything you want simply because you are young. And then you find ‘the look’ that you like, which is usually the one that everyone says suits you, and you settle for it. After years of attempting colour, although perhaps not so vividly as 1981, I have found that a dark blue shirt feels just right. Boring but right, perfect for any occasion, dress it up…

And then it hit me: the dark blue shirt is a man’s Little Black Dress. Now I get it!